Tour Co-hosts:
Lady Amber’s Book Tours| The Writers Voice Blog
The Writers Voice is a multi author blog where prominent authors from around the web come together and share their thoughts on all things literary or otherwise. Here is a peek at our team of authors!
Are the traits of anyone close to you
apparent in your characters?

“In the Society of Feathers series Diana was based off of a woman I once knew and cared about deeply. She was my best friend’s mother growing up and died very tragically. Writing that character has been my way of keeping her alive in my heart.”
–Emma Michaels

“The three best friends in my books are loosely based off three of my friends from high school.”
– Quinn Loftis

“I always said I wouldn’t put pieces of the people I know into my characters, but I guess a few traits have snuck in subconsciously here and there. Things like loyalty, protectiveness—they’re qualities that many of my close friends and family share. A lot of my characters are fiercely loyal, especially towards the people they love. I won’t incorporate direct traits from specific people, though. That just muddies the water for me…”
–Frankie Rose

“I don’t consciously write characters based on real individuals. If anything, I think my own personal traits come out the most in my characters. I find they’re more realistic that way.”
–Raine Thomas

“Roger from Something to Blog About is based a lot on one of my cousins. They have a lot of the same personality traits and we were really close growing up just like Roger is with his cousin Libby.”
–Shana Norris

“If I tell you that I might have to kill you.”
–Carlyle Labuschagne

“I, like probably many writers, take character traits form real people I have encountered in my life. The characters in my story are a mixture of more than one of those people.”
–Victoria Simcox

“I don’t know if it’s apparent, but I don’t know how writers can’t. Sometimes a character’s personality traits stem from people I know, or a blend of people, but I don’t see how this can be avoided. I think if other authors say they “imagine” all of their characters up, they’re lying.”
–Brenda Pandos

“I think Liv (In The Soul Quest Trilogy) is quite a bit like me. When I was writing her thoughts, reactions, ect… I often thought, “What would I do?” in her circumstances (if I had her powers, of course, LOL!). Although physically in appearance I envisioned my beautiful daughter, Olivia.”
–Amy Maurer Jones

“Russell from Dehumanized has certain qualities of a friend of mine. The two are very similar in the fact that they’re sympathetic towards others, despite their differences. In Dehumanized, Russell showed a certain understanding towards Ryan, even though he himself was not infected at the time. I like to think I got the idea from my friend who always shows compassion towards those that everyone else shuns.”
–Michael Loring


Thank you for reading!
We hope you will join us soon at
The Writers Voice
http://OurBooksOurVoice.Blogspot.com 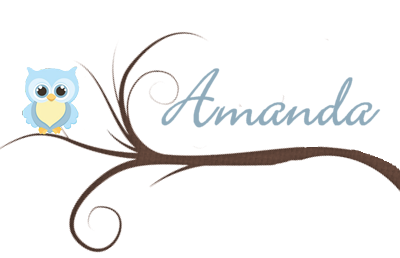 Disclosure of Material Connection: I received one or more of the products or services mentioned above for free in the hope that I would mention it on my blog. Regardless, I only recommend products or services I use personally and believe will be good for my readers. I am disclosing this in accordance with the Federal Trade Commission’s 16 CFR, Part 255: “Guides Concerning the Use of Endorsements and Testimonials in Advertising.”
Posted by Unknown at 1:54 PM

Dream On
by M. Kircher
tagged: currently-reading, 13-review-request, and paranormal